The entrepreneur is traditionally seen as a born leader who, armed with a healthy dose of courage, builds his own company from scratch. This definition is far too narrow, it seems, and certainly in the manufacturing industry. Indeed, even employees who innovate create value for both their company and customers. Both Emmanuel Mottrie and Toon Peeters, respectively CEO at technology specialist TCM and project coordinator at business incubator Innotek, are ardent fans of the intrapreneur. A hymn to the key role played by this hidden hero. 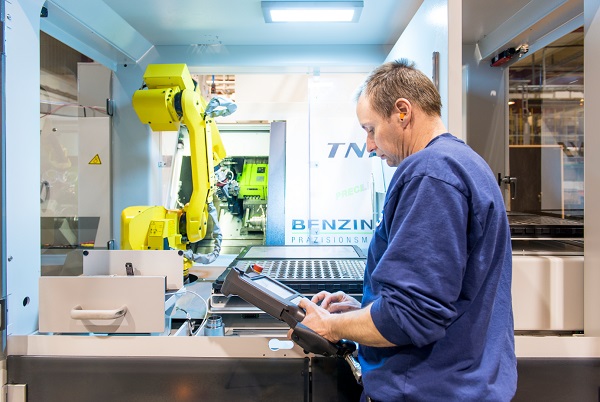 Soft skills for the win

TMC is a consulting firm specialised in research and development. The company is not looking for engineers, but for technopreneurs: “We only recruit engineers who also have soft skills such as leadership, communication and business insight,” explains CEO Emmanuel Mottrie.

TMC engineers are encouraged throughout their careers to behave like entrepreneurs: they share in the profits of the company and have a personal training budget. Mottrie firmly believes in the benefits of this “employeneurship”, a term coined by TCM. “Our engineers are simultaneously employed and owner,” he says. “This creates added value for themselves, but also for our customers. We implement this employment model to attract and retain top experts.”

Toon Peeters, project coordinator at Innotek is quite enthusiastic about this approach. According to Peeters, “There is great entrepreneurial spirit in Belgium, but not everyone is cut out to run a business.” Together with his colleagues, he has coached some 200 intrapreneurs in Belgium. As many as 90% of the projects initiated by employees have a positive impact on the growth of their company.

More work to be done

Only advantages then. Yet, why is employeneurship still not an established value in our companies? Peeters believes there are two obstacles: “In large companies, it is harder for an employee’s idea to make it on the management team’s agenda. The internal structures are often very complex. Moreover, both large and small organisations struggle with the practical implementation.”

An external coach often brings relief to the process as he or she can provide additional support when an employee submits his or her idea to the boss. But this consultant also plays an equally important role in the selection and implementation of new ideas. “An external consultant’s fresh perspective on the matter can be useful. This makes sure executives get precisely that extra incentive to actually realise employees’ ideas,” concludes Toon Peeters.

What you can learn from Innotek about intrapreneurship

Innotek aims to create quality employment in Belgium. Several years ago, the organisation launched a programme entitled ‘intrapreneurship works” which involved coaching intrapreneurs on a project basis. The initiative was a resounding success, allowing Innotek to switch to a broader approach in 2016. The organisation is launching a platform designed to bring intrapreneurs in contact with consultants, business angels and former entrepreneurs.

Just like TMC, Van de Wiele is looking for employees with a feel for entrepreneurship. “The ability to take initiative is a decisive factor when we look at candidates to fill jobs. Our employees mustn’t be shy to share their thoughts, because our entire corporate structure is based on this,” Danny Bourgois, communications manager at Van de Wiele, tells us. “For every new project, a team is put together in which each member has equal value. This also means that we expect active participation of each team member.” According to Bourgois, it is precisely this entrepreneurial spirit that has made the success of Van de Wiele. “Our employees are ambitious and want to move forward. There is never a shortage of innovative ideas here.”

Meet the king of intrapreneurs

The poster boy for intrapreneurship is Art Fry, a product developer at technology group 3M. Fry decided to develop a so-called ‘useless’ invention by his colleague Spencer Silver: a strong adhesive that adheres well to a flat surface, but will just as quickly come off. This is how Fry created 3M’s most successful product: the Post-It.

C-Mec, a company undergoing transformation: “Without change, we would no longer exist”

AW Europe : 7 transformations as a catalyst for innovation