BMT Aerospace International supplies high-tech precision components for the aviation sector. The company operates in three locations: the USA, Romania and Belgium. The Belgian site is located in Oostkamp, employs around 120 people and has been a global manufacturer of gears, transmission and actuation systems for the leading edge wing slats and flaps for various commercial aircraft programmes for over 25 years.

What was the trigger to start the Factory of the Future process? Ultimately, it is quite a road for the company to travel.

The main trigger was the mandate that we received within the BMT Group to assume a pioneering role regarding Industry 4.0 and thus become a model company for other companies in the BMT Group. We thought that the primary added value of the Factory of the Future process and the Made Different methodology was the broadening of the focus of our Industry 4.0 roadmap beyond the purely technological. 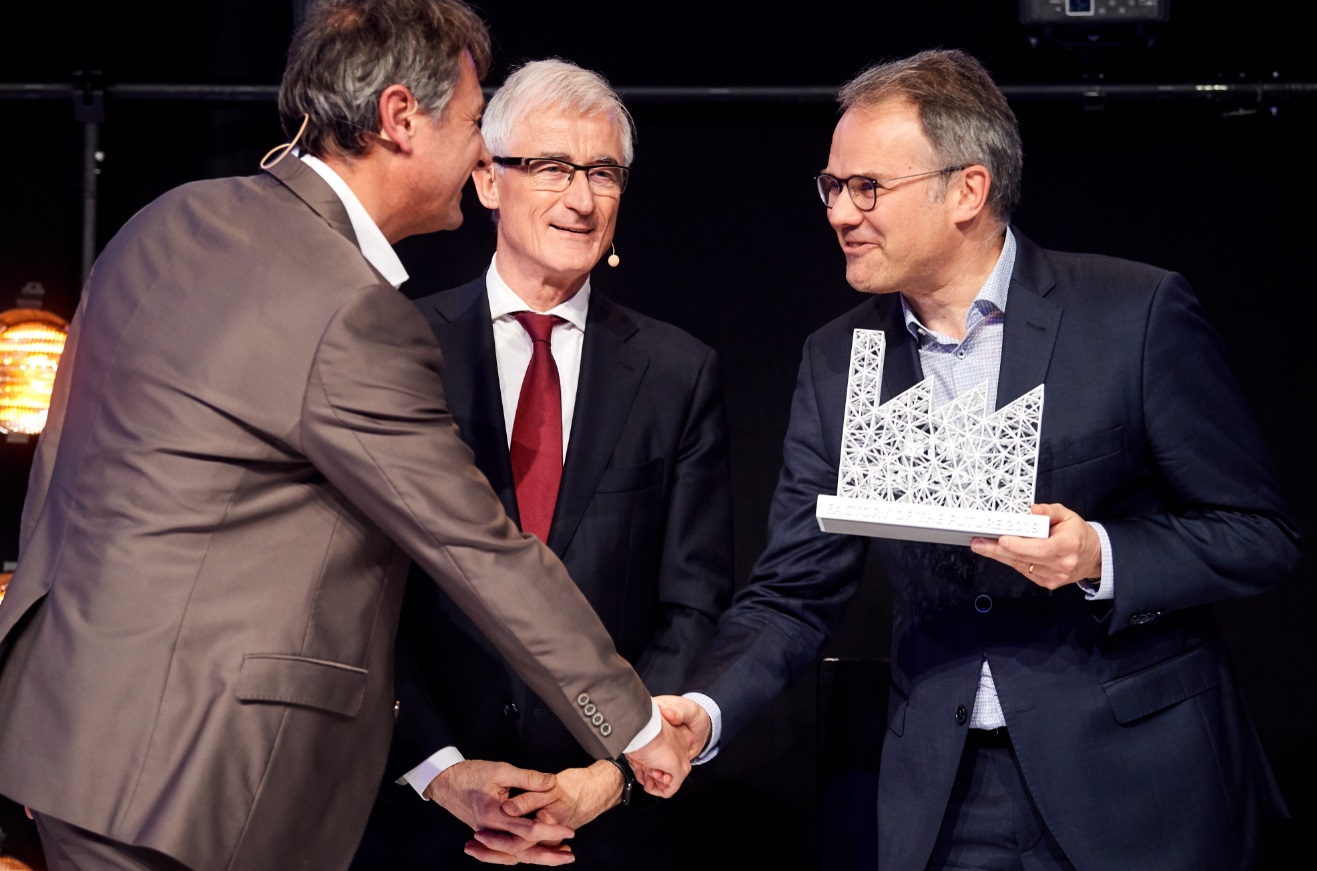 And that’s what happened: Factory of the Future is an integrated optimisation plan that prepares the entire organisation for the future and does not just focus on technology and digitisation. That would be too narrow. It provides an extra dimension for the optimisation process that constantly runs within the company.

‘Factory of the Future is an integrated optimisation plan that prepares the entire organisation for the future and does not just focus on technology and digitisation.’

How did you start the process?

First we attended a lot of Factory of the Future Roadshows and became familiar with other Factories of the Future. To be honest, you do not always get an immediately clear and proper sense of the seven transformations of the process. The fact that a few people from Agoria came to our management team twice in the initial phase to help them better understand the transformation domains and the necessary steps to be taken, was definitely a massive added value for us. After that, we made a broad request within the organisation to define projects: what were we already doing, what are we still going to do in the short term, and what do we want and not want to do in the future? There was always one recurring theme: what is the ultimate return? Technological innovation purely for the sake of technology can never be the goal. How feasible is the idea? What are the benefits? Eventually, 30 % of the projects turned out to be unfeasible and unprofitable but almost 100 projects remained. Of course not all of them have been realised yet, but they nevertheless provided a clear overview of the possibilities.

‘Technological innovation purely for the sake of technology can never be the goal. How feasible is the idea? What are the benefits?’

What steps have you taken to achieve a concrete action plan?

After a self-scan in which we analysed our strengths and, especially, our weaknesses, we drew up a specific roadmap in which we started to link the identified projects with the 7 transformation domains. We looked at the duration of each project, determined the targets, deadlines and owners, etc. Smart choices were important in this process. Factory of the Future does not necessarily have to cost a lot – it is about making the right choices and selecting the right projects. That is essential. We did not want to start Factory of the Future for the sake of it, but because of what the projects could mean for our company.

‘Factory of the Future does not necessarily have to cost a lot – it is about making the right choices and selecting the right projects. That is essential.’

What were the highlights of the process for you and the factors that possibly made it more difficult?

After doing the Made Different self-scan, three Agoria and Sirris experts continued to visit us on a regular basis, continuously challenging us and simultaneously offering us opportunities for further inspiration, breakthrough possibilities and improvements.

As regards the End-to-End Engineering transformation domain, we appeared to be on the right track and Factory of the Future clearly worked as a catalyst, which was extremely positive. It confirmed that we had made the right choices. As regards the Digital Factory domain, we evolved from the idea of ‘we are not far enough’ to ‘we see our strengths and fill the gaps’. The trend is now completely set but, like with other domains, we must keep going. This is how we know that we have to recruit specifically for digitisation. That is an absolute key factor for SMEs – opt for strong digitisation skills with new recruits. However, managing expectations was the most important success factor; you have to be very selective about what you promise because not all ideas can be realised.

‘However, managing expectations was the most important success factor; you have to be very selective about what you promise because not all ideas can be realised.’

Which results are you most proud of?

In particular, we were able to greatly improve the entire information flow in the workplace. We think that the digital signs with internet-based ASANA software that replaced our previous ‘improvement boards’ were a real achievement. They are very accessible and offer much more information and data. We’ve also evolved a lot as regards Human Centered Production. For example, we recruited an improvement engineer who works within Operations but is a social worker who is strongly focused on Human Centered Production. He gets a lot of space from the Operations Manager for this in order to continue working with the teams on the floor.

If you could start over, what would you do differently?

What we would definitely do again is the Human Centered Production related bootcamp about Innovative Labor Organisation (ILO), which really gave us food for thought – just like the Factory of the Future Roadshows and the learning networks set up by Agoria and Sirris, from which we learnt a lot. What would we maybe do differently? Slightly more formal specs for Digital Factory affairs would be quite handy because formalising needs and therefore writing good specifications for suppliers is challenging for an SME, and we could certainly have used some help in this regard. We think that there is definitely a market for freelance Industry 4.0 SME analysts.

What do you think are the next steps in your development?

Naturally, we continue to think in the longer term and already have a roadmap to 2020 and beyond. The currently running projects will continue to do so, even after winning the award.

In conclusion, what lessons have you learnt that would enable further innovations to run even more smoothly?

‘Get your basics right’ is a principle that always applies. It’s smart to first stabilise and rationalise processes before digitising or automating them. We also clearly noticed that as a company we could not close ourselves off too much, that we could open some doors and share things with other companies in confidence. Give in order to receive. That’s an important lesson.

‘We also clearly noticed that as a company we could not close ourselves off too much, that we could open some doors and share things with other companies in confidence.’

VIDEO: What are the benefits of 3D printing for Asco?

Manufacturing and Servitisation: A Powerful Combination