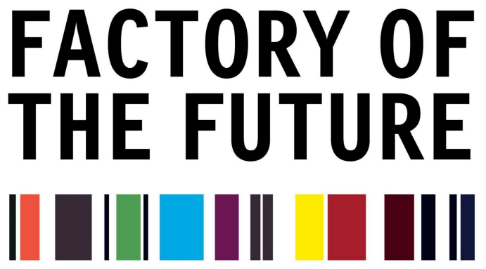 Their staff were actively involved in the refurbishment of the Colruyt Group Fine Food Meat Factory and helped to win the Factory of the Future Award. Hygiene and ecological production were also prioritized. Reason enough to go on a tour of the factory.

In 2015, Colruyt Group Fine Food invested heavily in the refurbishment and reorganisation of their buildings in Halle. € 18 million was spent on new machines and systems alone.

The new production building with two processed meats production areas is expected to absorb production growth and has been adapted to meet current and future hygiene standards. Many innovations have been included in the refurbished premises, including new packaging systems and methods, and the production of vegetarian and vegan products.

The three cornerstones for the refurbishment and extension were state-of-the-art, human-centred and ecological production.

Hygiene is essential for a company operating in the food industry. The fact that everyone has to wash their hands twice and then have their hands inspected seems self-evident. Many other measures were taken to ensure that the circumstances are always perfectly hygienic. The aim is to develop into a processing environment with impeccable cleanliness, quality and hygiene. One of the relevant elements of hygiene is that the building is over-pressurised, i.e. the air is pushed outwards. The high-risk zone is at the highest pressure. Hygiene has improved since the refurbishment; there has not been a single contamination incident since then.

The pickling area spaces have been finished with stainless steel. This ensures the working area oxidises over time.

Heat-resistant floors have been installed in the meat cooking areas. Spills of boiling water have no consequences whatsoever. The previous floor required work soon after the 2006 refurbishment. This time, sustainability was the main selection criterion. After 3.5 years the new tile floor looks like new.

Another innovation is the connection of the sauce cooling systems to the central cooling system. This increases efficiency and hygiene.

During the refurbishment, a ‘technical floor’ was added above the production areas. Lamps can be replaced from above instead of using elevated platforms on the production floor. This is more hygienic, safe and practical.

All the doors that were once opened manually have been replaced by automatic doors or gates. This means less heat enters the areas, which saves energy. Managing temperature based on the space in question is another advantage of the new building. Most machines in the factory are automated. An automatic tipping system can be applied to five tumbler machines (to season or add salt to the meat). All of the above was previously done manually. One of the tumblers can also dry or smoke the meat, thus shortening the time the meat is within the production chain. The smoke boxes are also loaded automatically.

The production of the brine has also undergone changes, having once been prepared by hand. It is now an automated process that takes place in two silos in a closed loop. The Colruyt Group Fine Food Meat Factory also has 16 packaging lines, five of which were purchased new in 2015. The others are made up of parts from existing equipment.

The biggest changes took place at the end of the production line, but the lines were kept as parallel as possible. The lines were once based on passing the products down the line. Each line had one cutter that cut 10-slice portions. These were manually placed on a tray which was then placed on a cart and pushed into the packaging machine.

Now the meat is placed on the slicer and if everything is as it should be, the staff does not have to lift a finger until the product has been packaged. Adding a robot to the five biggest production lines – other than the palletisation line – was a deliberate decision. These were the first robots at the Fine Food Meat Factory. The focus was on automation of the most ergonomically demanding tasks, such as placing packages on trays at a rate of 120 packages per minute. The piles of packages are now placed on the trays to ensure the most optimal quantity based on weight and hoisting frequency. Even since the refurbishment, many staff members work on the shop floor but only perform less ergonomically demanding tasks. The most modern technology has been applied at the factory, including a new visual system, intended to replace the visual check performed by staff.

Digitisation plays a role when selecting the winner of Factory of the Future Award. The Colruyt Group anticipated this: everything at the Fine Food Meat Factory is computer-controlled. The machine settings are entered from the offices; the operator only needs to select the correct product. Automatic quality assurance has also been implemented. The cooking time is automatically registered and the F value (the heating time required to obtain a specific end result) is calculated and updated.

The team is currently researching whether the machine and robot data can be combined in on a single platform to provide more insight into the production system. The machines have been delivered by various suppliers, which makes bundling data a difficult task. This was not implemented during the factory refurbishment, although the option to install such a system in the future was kept open. The plan is to try this first at a different factory.

Large digital dashboards displaying the daily targets have been installed. This ensures staff knows whether they are on target.

The idea of installing a localisation system with RFID was also investigated. Colruyt Group Fine Food registered for the Interdisciplinary Assessment Project (IAP) for students organized by Flanders’ Food. A group of four students from different subject areas was assigned to develop the idea over a period of three months. The RFID localisation system was not installed but the required area and the option have been taken into account.

Human-Centred Production was an important factor in Colruyt Group Fine Food receiving the Factory of the Future Award. For example, the staff were involved in the installation of new machines. Management and staff members visited the machine supplier to gather information on the machine operations. The production line organization was also synchronized. For example, it was decided that the transportation carts for the meat would be transported by transpallets. The wheels under the transportation carts would occasionally result in accidents. No new incidents have occurred since the refurbishment and the implementation of transpallets.

Ecological production is the third cornerstone at Colruyt Group Fine Food and the Factory of the Future Award. 70% of the drinking water used during the production process is recovered from waste water. Energy consumption has also been closely investigated. The lighting system has been replaced by LED lighting.

Since the refurbishment and reorganization in 2015, Colruyt Group Fine Food also has their own recyclable processed meats packaging. The climate impact of the new packaging is 55% lower, as 130 tons less plastic is required.

For many years now, Colruyt has been known as the shop with the lowest prices. The Belgian supermarket chain was established in 1928 when Franz Colruyt decided to open a wholesale shop selling coffee, sugar, salt and other products to grocers in Brussels. In 1937, he decided to start roasting coffee and bottling wine himself. Colruyt developed his company over the years and invested in new technology and in other sectors, such as the energy industry.

The Colruyt Group, now headed by Jef Colruyt, currently has an annual turnover of more than € 9 billion. The business have been split into three lines: retail trade (supermarkets), B2B wholesale trade and the energy industry (DATS 24, windmills, etc.).

How to become a Factory of the Future – BMT Aerospace reveals…